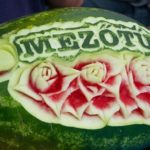 The arTúr Festival will be held the 17th time this year at Mezőtúr. Our Festival is an all-arts festival with contemporary art and ethnographic exhibitions, dance art, classical music, folk art events, children’s programs, and theater performances. They can be chosen from the rich offer of visitors. The various branches of art (serious music, folk music, world music, jazz, contemporary ballet, dance, theater, contemporary art and folk art exhibitions, etc.) will be shown at the festival. 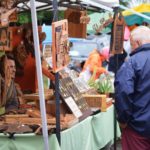 It’s not everyday in today’s life to have a festival with all its programs free…but it does exist! Visit Mezőtúr each year and taste the last kiss of summer! 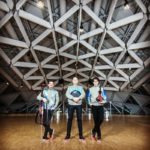 The InFusion Trio is the only looper band in the country, which was founded in December, 2011. Formation, its members are both trained musicians who are equally well versed in classical and pop music.

In their show you can hear the music, folk songs, mashups and their own songs: The band is well-known with its own special songs (electronic violin, electronic cello, electronic drum and various effects pedals, distortions and loops) with their own songs, folk tunes and radios they hit gigs. 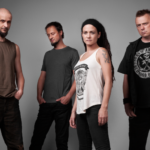 Zanzibar is a Hungarian pop / rock band. On January 2, 1999, three other members of the Cegléd band – Artéria, Space Box and Fear of Silence – were formed (Gábor Sidlovics Gábor (Sidi), Gábor Nagy (Gabszi), Miklós Steklács (MikC) and András Kovács Donát (Doni)) then looking for a singer. On January 1, 1999, Rita Terecskei, who was then a police officer, confirmed the new-car driver Sidit, Gabszit, MikC and Donit. Rita let go of the boys, so (of course, even joking) they were welcomed to their singer. The next night, at a Ceglédi entertainment venue, Sidi and Gabszi saw Rita while singing with her sophomore girlfriends and a Janis Joplin song. At this point, the boys decided that Rita was really asked to be a singer of Zanzibar. He got a Kimnowak cassette that he had to learn two numbers for the next day. On January 2, today’s five members started playing the first songs in a Cegléd trial room. 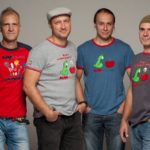 During the family concert, the unique style of ethno music plays improvised dance-music together: children and even parents are active participants and formers of the much fun-filled program. The key to their success lie in their sincere intuition, laughing, and dancing muscles. 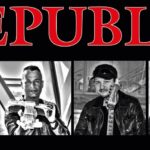 Republic Established in 1990, the Hungarian rock band EMeRTon was founded.